Kahn Zack Ehrlich Lithwick LLP celebrated its 40th anniversary in 2020 and to commemorate this milestone, the original partners came together to remember the history - where it all started, how it's evolved and what's ahead.

How it all started

"We've had little changes in the firm, but the four of us have been steady" - Danny Zack

KZEL was founded in Richmond, BC by Larry Kahn and Danny Zack, who were childhood friends. The firm was originally called Kahn Zack and Hammerberg (with another lawyer), who left in 1999, Danny was introduced to Perry by Perry's Aunt Rosalee, a probation officer and family court counsellor (Perry was married to her niece). Perry joined the firm in 1980, followed by Marvin a few years later, and they subsequently changed the name to Kahn Zack Ehrlich Lithwick LLP.

"We have been able to develop an excellent milieu here for all our staff and in a way, we have a kind of a family approach to that" - Marvin Lithwick

Since then, KZEL has been providing high-quality services and excellent client care for all clients from individuals to large companies and everything in between. They continue to serve clients in Richmond and beyond, and are content to be outside of the downtown core.

"Vancouver is much busier (now). I know driving downtown used to be pretty simple. It's not simple anymore" - Larry Kahn 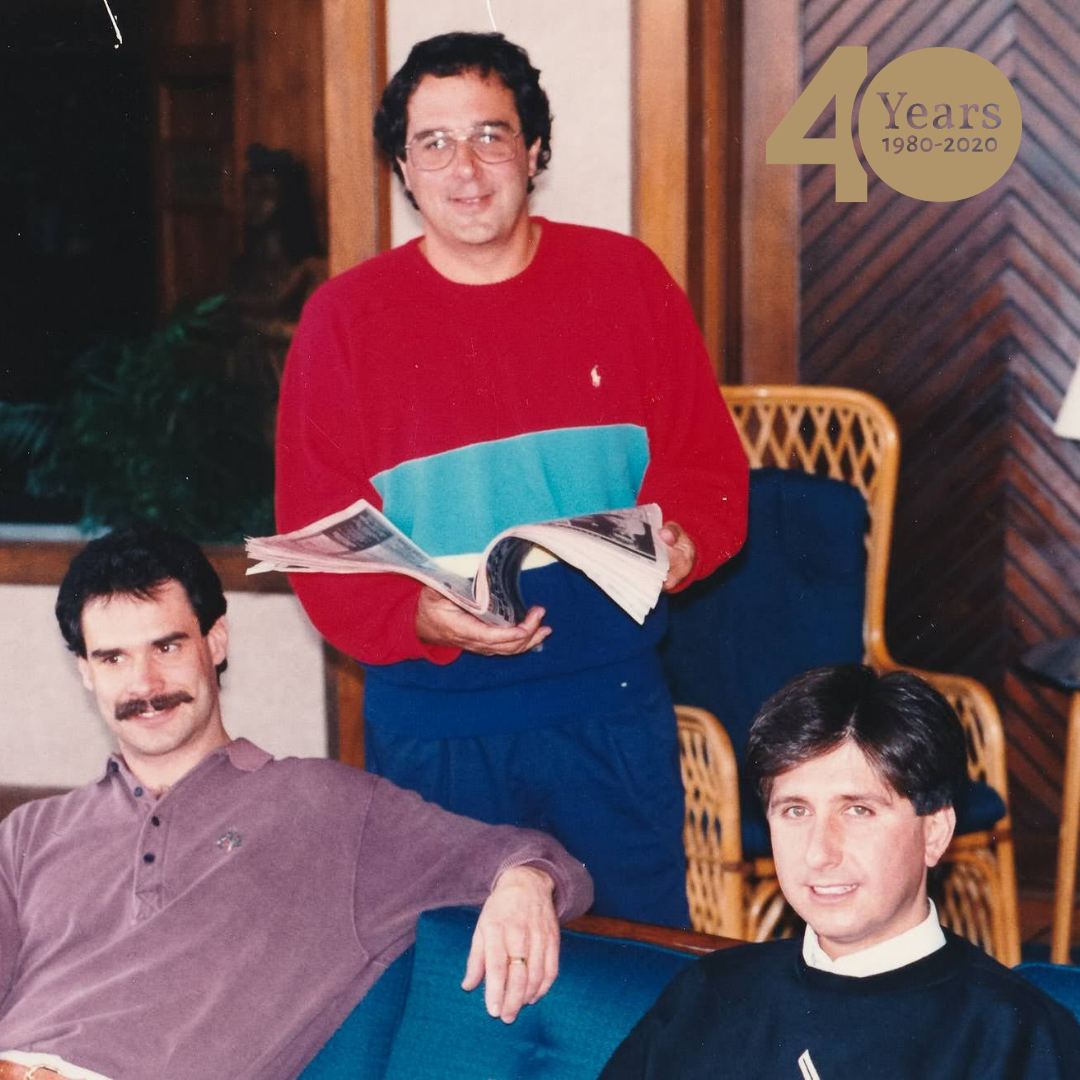 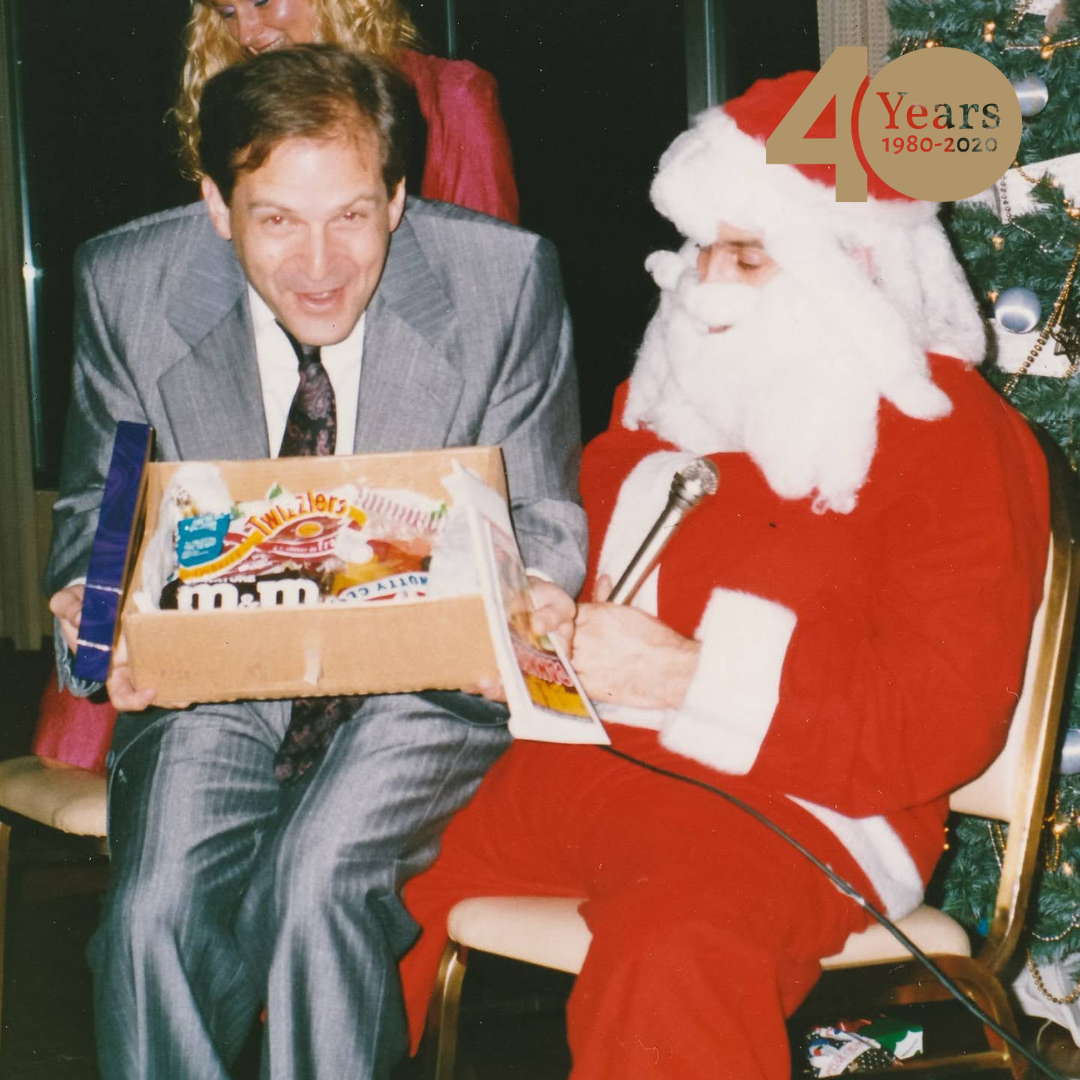 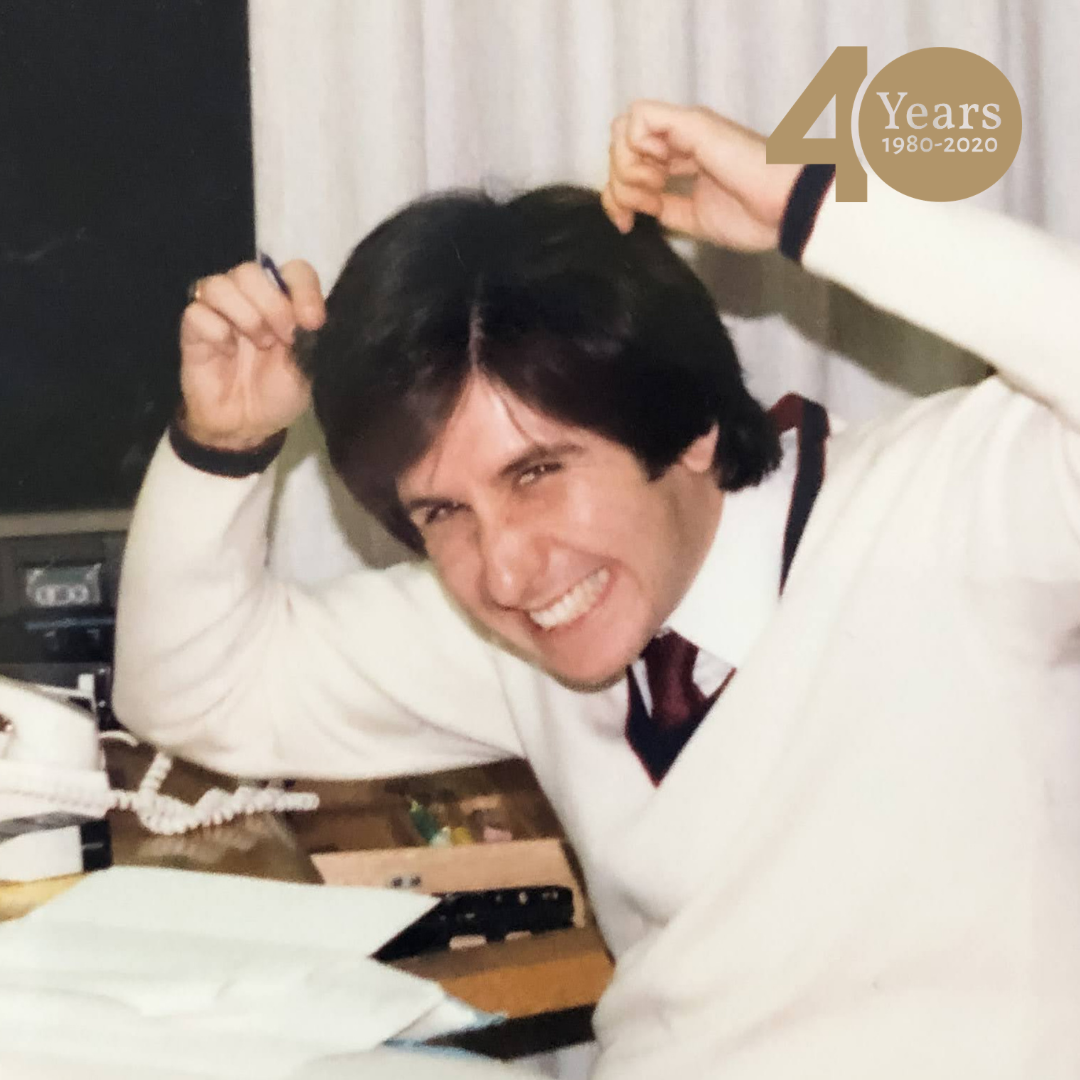 An annual firm retreat was a tradition in the early years of KZEL! From left to right: Marvin, Danny and Perry.
Here, a young Larry Kahn accepts his Christmas present - at our annual Christmas party, it was common for one of the lawyers to dress up as Santa!
Perry was being harassed to take some photos of lawyers in the office when all he wanted to do is work. Things have not changed!

All four lawyers agree that the invention of the internet changed their practice in significant ways. From re-typing entire documents due to a single error to using carbon paper instead of photocopiers, the lawyers remember days when these tasks were the norm. Now, it's a world of texting, emails, and access to instant information 24/7. It has made life easier in some ways, and harder in others. Society now dictates speedy information and responses to questions - everyone has had to adapt to the faster pace of life.

Despite the advancements of technology, interestingly, the legal industry hasn't changed that much.

It's always been about the people...

KZEL has always put its people first - both their clients and their team members. A well-rounded group of people, the firm has consistently encouraged community involvement which has enriched the lives of the staff and those within the organizations it supports.

Throughout the years, KZEL has proudly supported the community and local events, and their lawyers have volunteered in numerous events, charities, and pro bono initiatives. For many years, KZEL has been a sponsor of the Jewish Family Services Association and has supported golf tournaments from several charities, including ELS for Autism and Paws For A Cause (BCSPCA). They have also been involved in various subsections of CBABC, as well as assisting with the Law Society of BC’s bar admissions course.

"The firm has always had a great work-life balance and this encouraged each of us to become involved in the community. It's something that the firm has encouraged - that we are good corporate citizens as well as practicing lawyers so that when people look to us, it's not somebody who's just in the office" - Perry Ehrlich

The four original partners have recently taken positions of Associate Counsel. Although still very much involved in the firm, they are excited to step back and make room for the new partners. They're confident in their commitment to continuing to develop the culture and are looking forward to many more years of serving the community of Richmond and beyond.

"The firm is in the hands of new partners. And I adore these people because they are smart, they are committed, people matter to them. They are passionate and invested with the files that they handle. And I couldn't be happier. I think that the future is safe in their hands" - Perry

They all agree that the past 40 years has held challenges and steep learning curves, particularly in the beginning, but all of them are excited about the future of the firm. Coming through 2020 and the COVID pandemic has proven that KZEL has a resilience to it, and the coming years will undoubtedly demonstrate that same stability, culture and reliable service to clients. 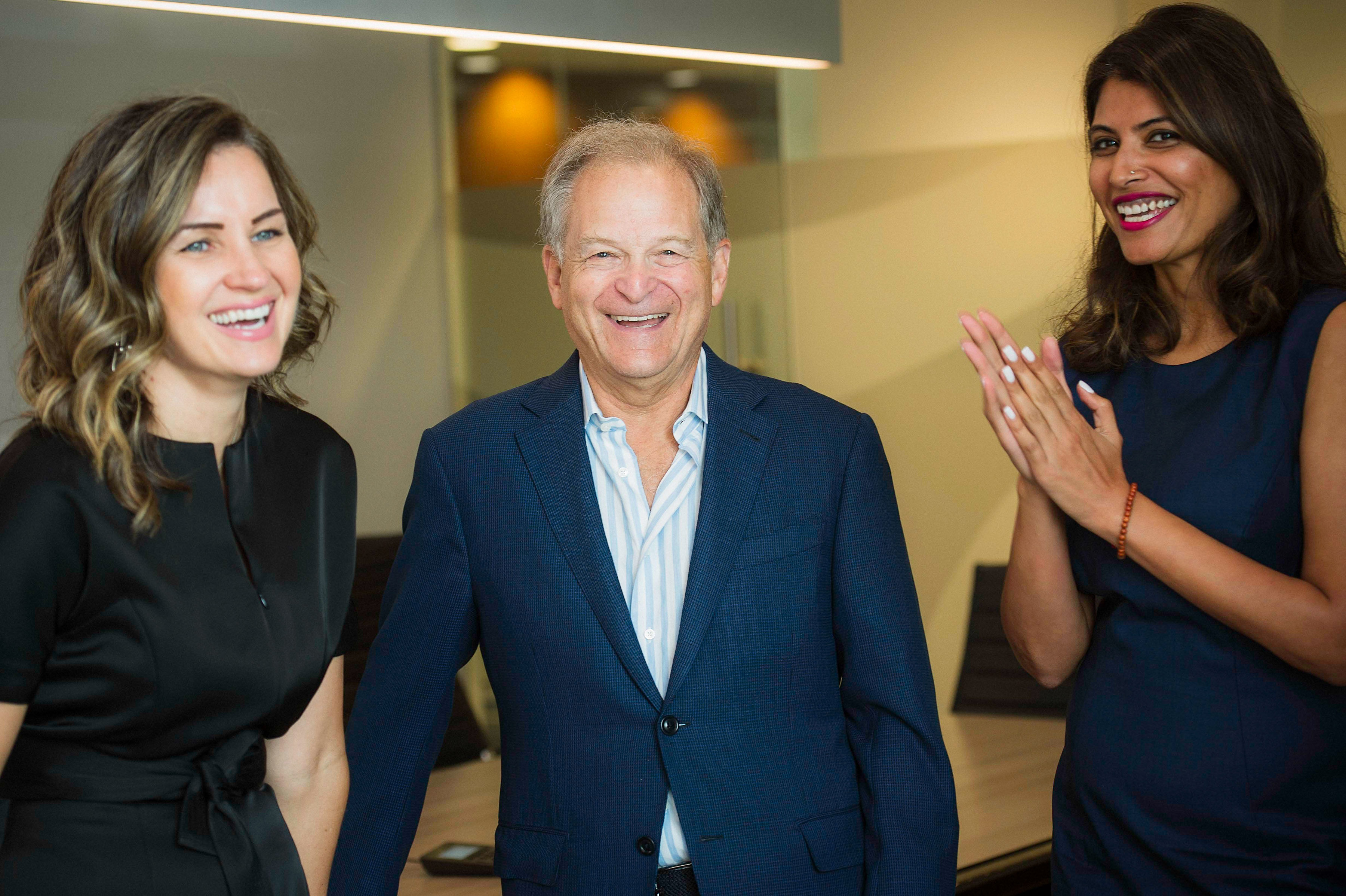 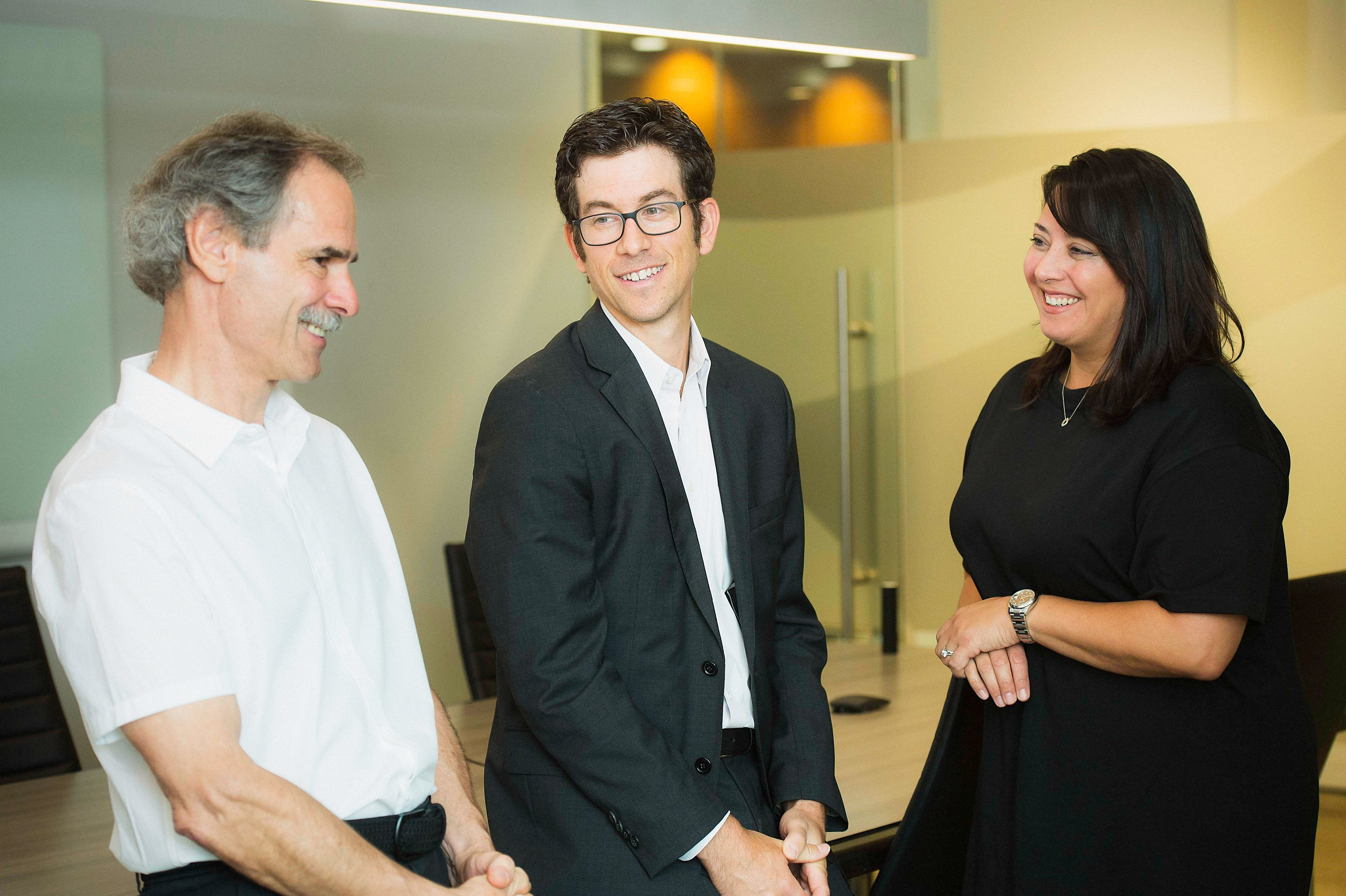 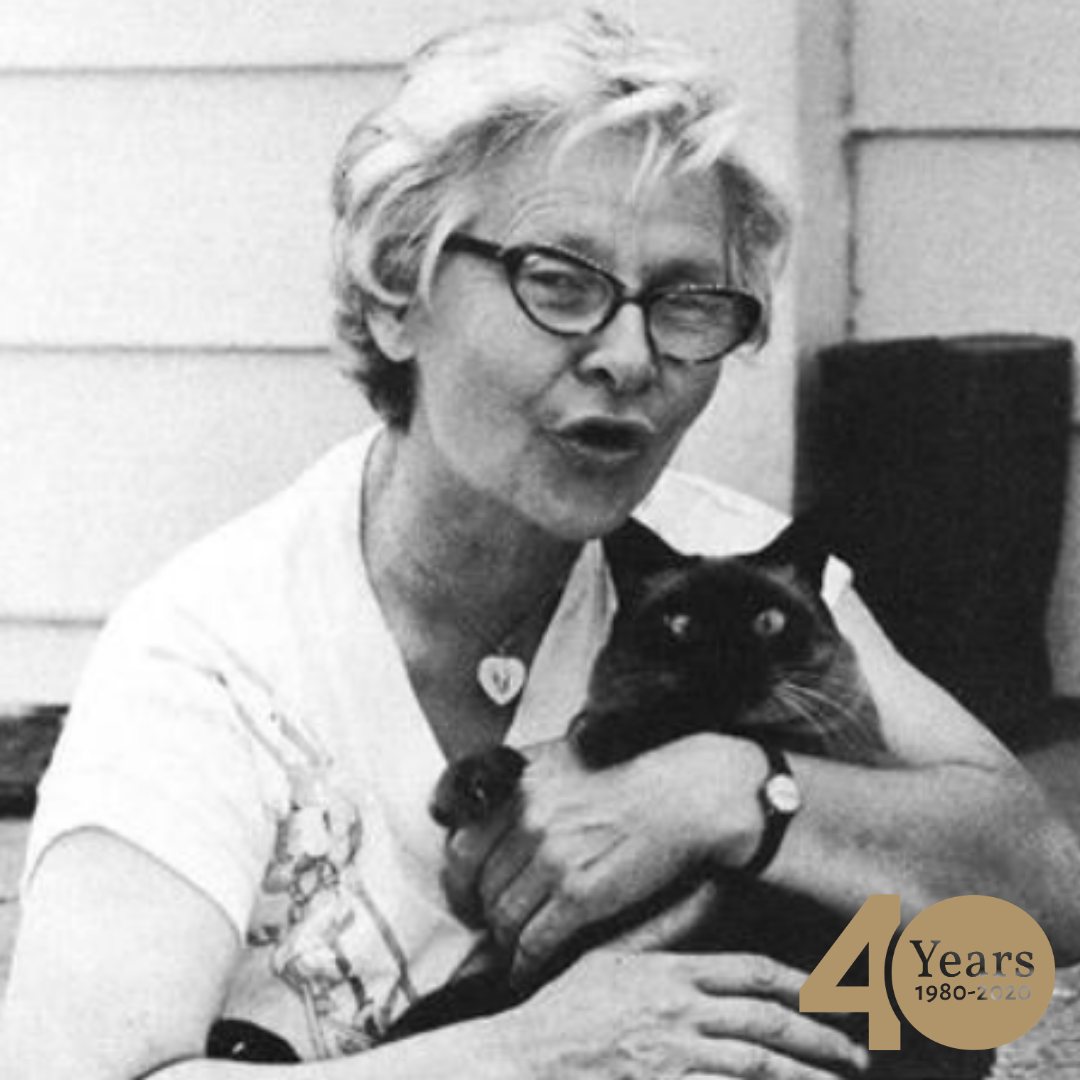 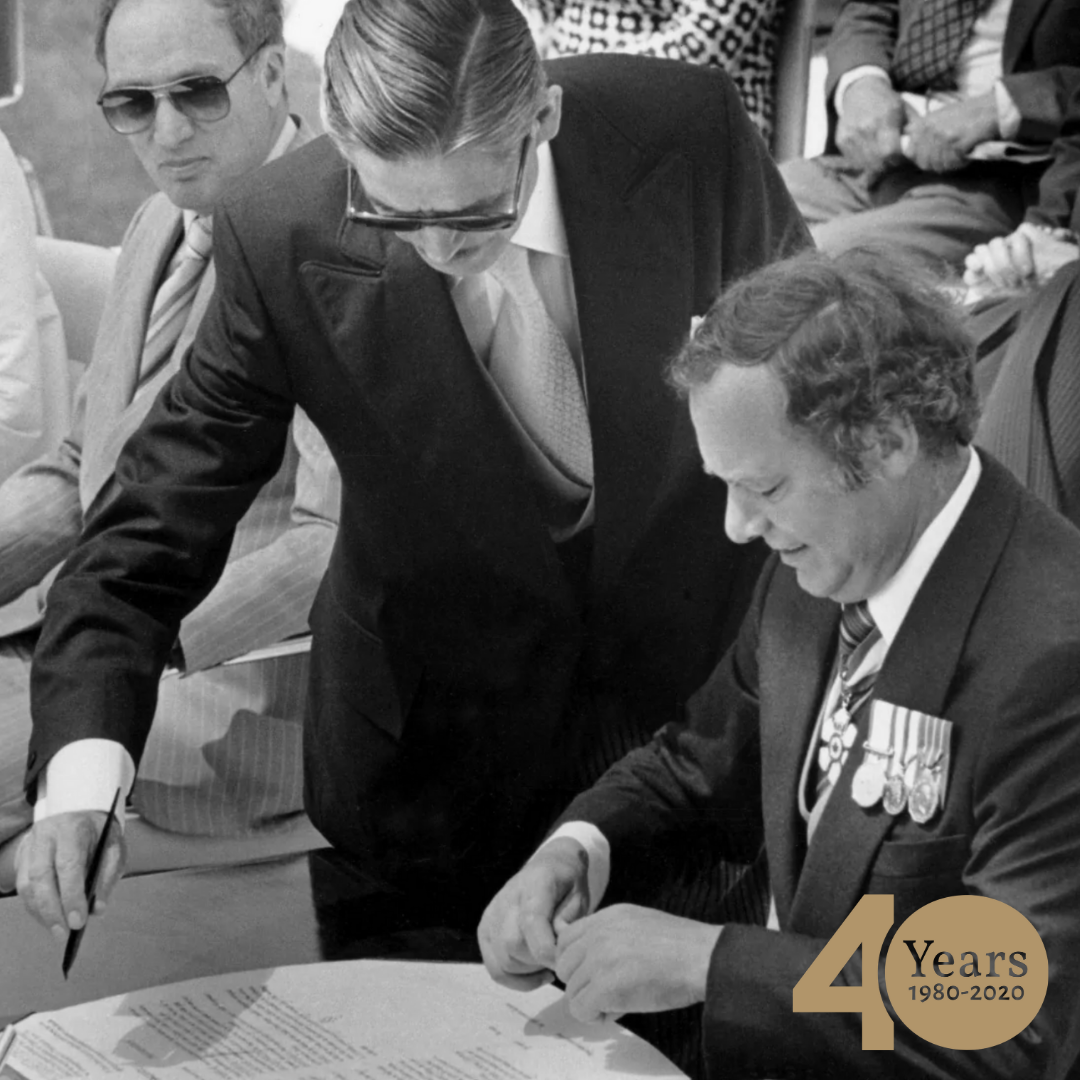 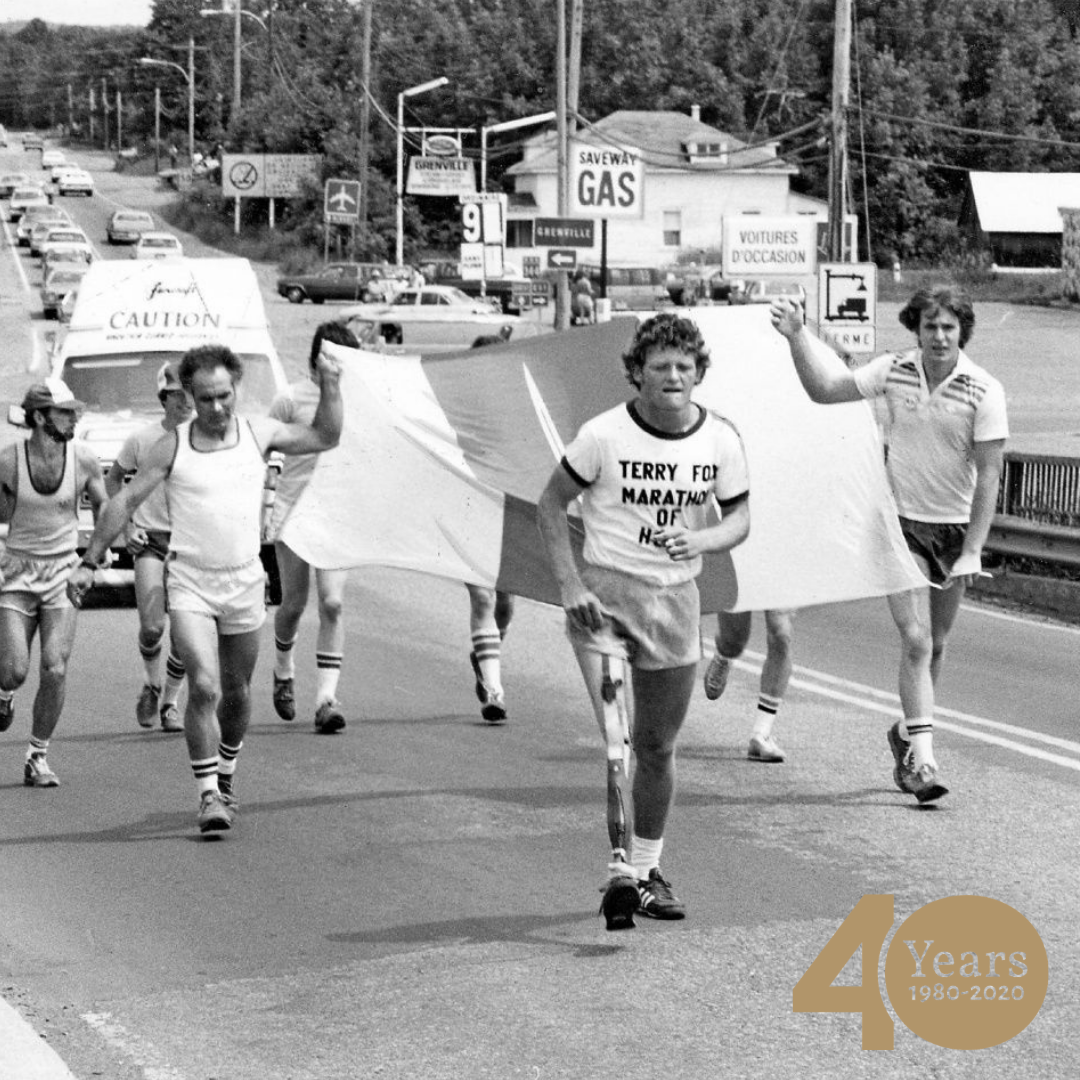 Rosa Becker at Franklin-Centre. Pettkus v Becker [1980] 2 S.C.R. 834 was a landmark family law decision of the Supreme Court of Canada. The Court established a new formulation of the constructive trust as a remedy for unjust enrichment based on the ideas of Professor Donovan Waters, and in particular the requirements for such constructive trust in a common law relationship separation. The Pettkus formulation of constructive trust was subsequently adopted elsewhere in the common law world.
Governor-General Ed Schreyer prepares to sign the proclamation making O Canada the national anthem on July 1, 1980, at a Parliament Hill ceremony in Ottawa.
O Canada was 100 years old and familiar to Canadians but wasn't the official anthem until 1980. On July 1, 1980, the country's best-known patriotic song, had finally become its official national anthem.
Terry Fox running with one leg having been amputated due to cancer. On April 12, Terry Fox begins his Marathon of Hope, a plan to run across Canada to raise money for cancer research, setting off from St. Johns, Newfoundland and running westward. 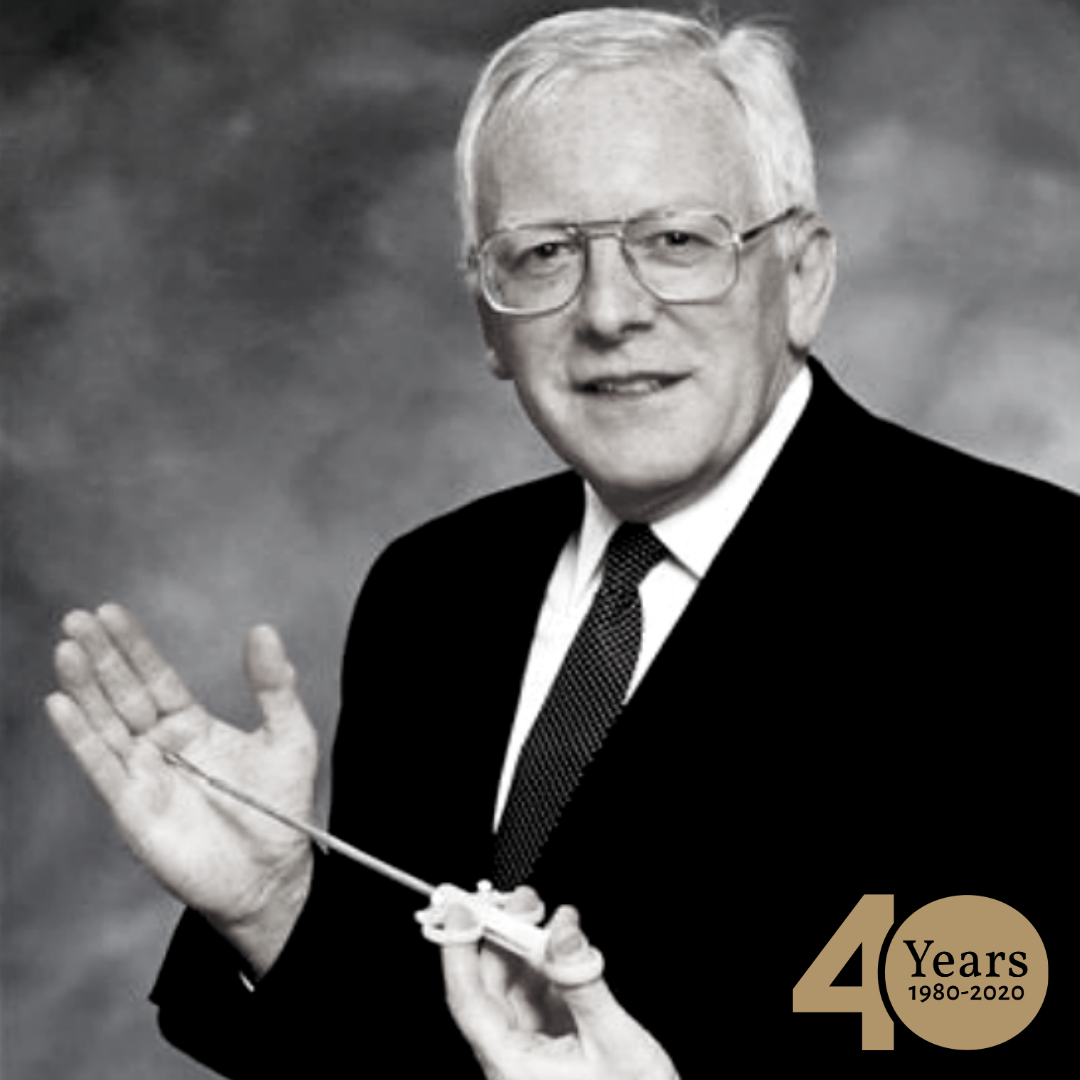 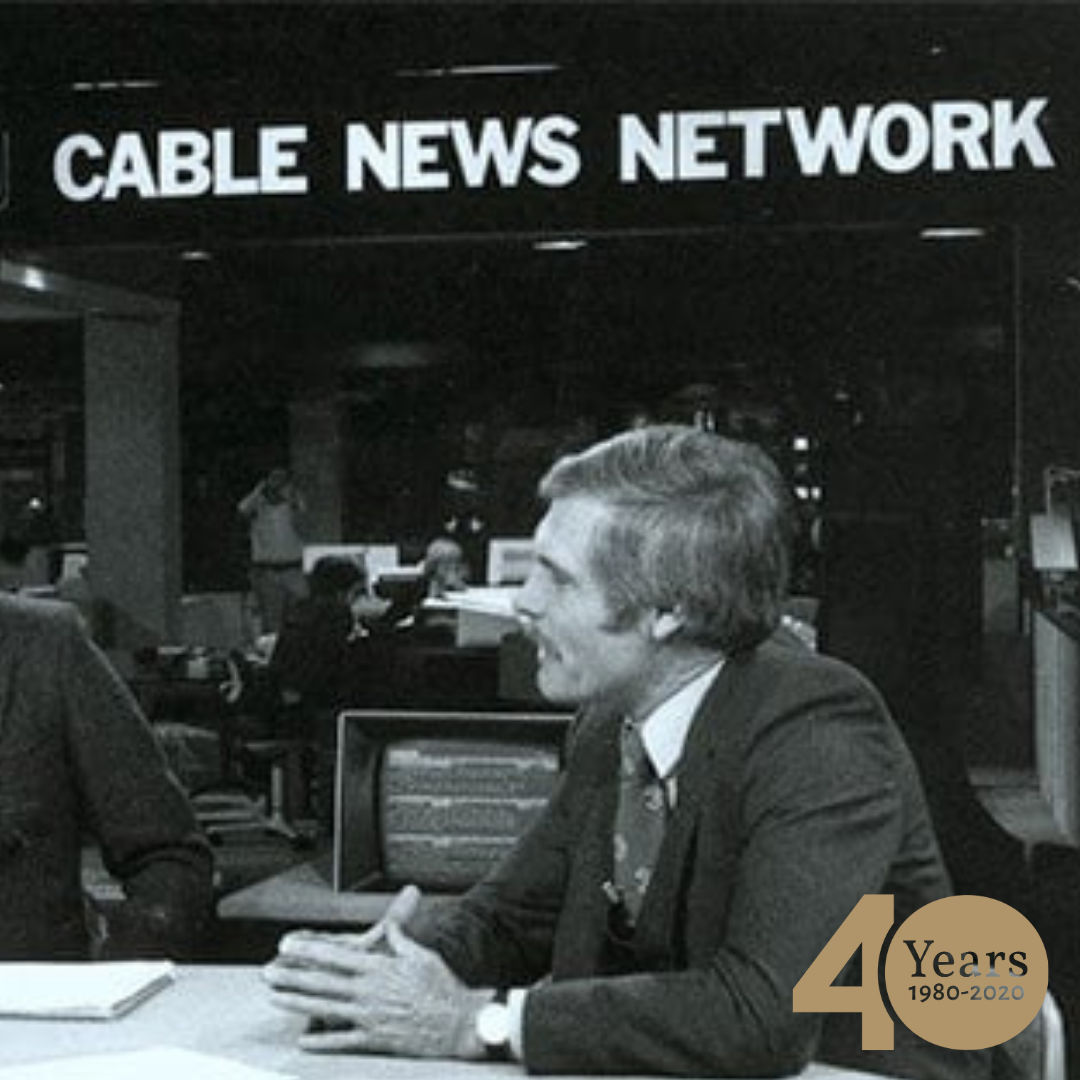 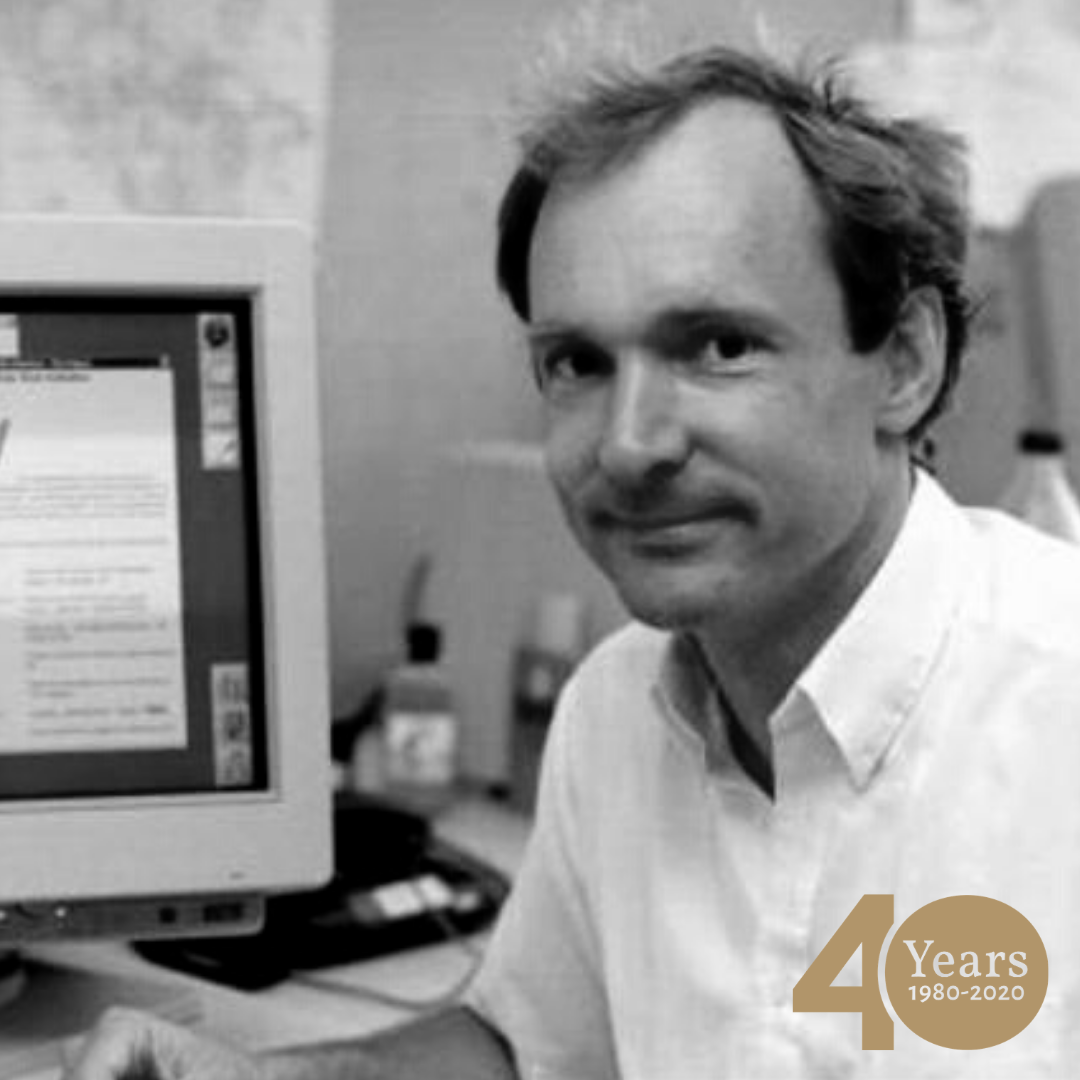 Doctor Jacques-Émile Rioux. In 1980, Rioux and Lambert established the first Canadian IVF clinic at the CHUL (University of Laval Hospital) in Laval, Quebec.
Robert ‘Ted’ Turner, founder of CNN. On June 1, the first 24-hour news channel, Cable News Network (CNN) is launched.
Tim Berners-Lee, inventor of the World Wide Web. On June 23, Tim Berners-Lee begins work on ENQUIRE, the system that will eventually lead to the creation of the World Wide Web in autumn 1990.